After around two hundred years of Persian rule in Babylon the city fell to Alexander the Great in 331 BCE. This decisive victory gave Alexander the momentum to continue his successful military campaign east.

Upon conquering the great city of Babylon, Alexander held it in the highest regard. After making the royal palace his own he ordered the fabled Esaggila torn down and rebuilt in a greater fashion. He never lived to see this project completed though. 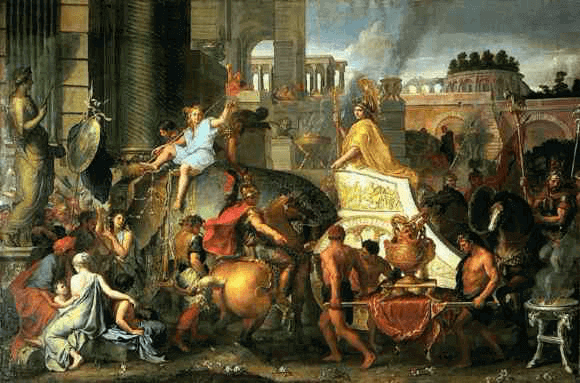 While there are many theories regarding the sudden and mysterious death of Alexander the Great, upon his death war broke out among his generals in a series of conflicts called the Wars of the Diadochi. The city of Babylon was eventually claimed by Seleucus I Nicator who later established the Seleucid Empire. 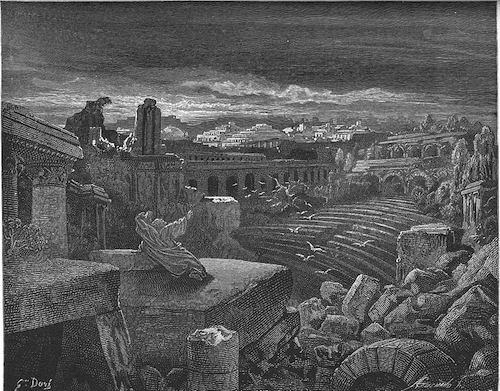 Much like the Assyrian king Sennacherib was assassinated by his sons for laying waste to Babylon, some believe that Alexander was most likely assassinated for his destruction of the Tower of Babel. The city of Babylon was the epicenter for the post-Alexander political conflicts and according to some the fighting got so bad that most of the residents fled the city for good. The Hellenistic Greek city of Seleucia was built nearby in the aftermath of this and Babylon was left to waste beneath the sands. 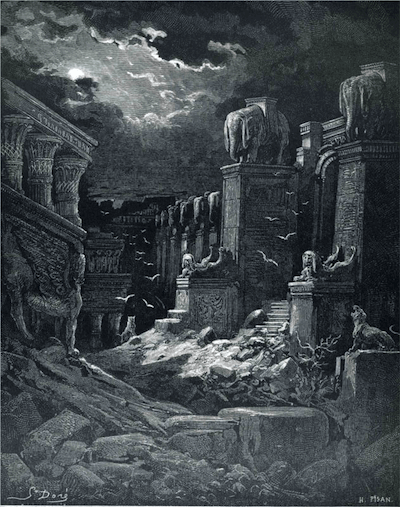 By the time the Parthian Empire came around in 141 BC and destroyed the Seleucid Empire there was nothing left of the fabled Babylon. The abandoned city was left to the desert and as much as the Sassanid Persians tried to revive Babylon their efforts were in vain. The city was eventually abandoned for good and the ruins slowly slipped beneath the sands of the Arabian desert.

When the Muslims began to conquer the Middle East in the 7th century CE, Babylon had ceased to exist and disappeared beneath the sands. Eventually the story of Babylon was rediscovered by European explorers in the 17th and 18th centuries CE.

There was a great interest in archaeology at the time and it led to the discovery of many sites in the region such as Petra and many others.

The first real scientific excavations were done at Babylon by Robert Koldewey of the German Oriental Society. He worked on Babylon from 1899 until 1917 when the first World War broke out and the Ottomans were at war with the Europeans.

Koldewey's greatest discoveries were the great Esaggila and the Ishtar Gate. He never discovered any real evidence of the Hanging Gardens while he was there, but that just might have been because they did not finish excavating.

Tons of Babylonian artifacts along with the Ishtar Gate itself were packaged up and sent back to Germany. Further work was conducted by the German Archaeological Institute under Heinrich J. Lenzen in 1956 and Hansjörg Schmid in 1962. Schmid worked heavily on analyzing the ziggurat Etemenanki.

As scholars began to slowly interpret the Babylonian cuneiform and read their reliefs much more of their culture and history has become clear to us. It is with these advances that were able to look back through the pages of history and discover the true, storied history behind the development of Babylon.