Next Battle: Battle of the Granicus

Alexander landed safely on the shores of Anatolia but was faced with a geography problem. To the south of him was an area known as Mount Ida which had a river that snaked around it formed a natural boundary that prevented him for easily accessing the interior of the land. Alexander decided to cross the river with his massive army and all the supplies and send forward scouts known as prodromi to ensure the path was safe. After a while the scouts began reporting a gathering of Persian troops on the other side of the river that were going to make his crossing much harder.

Alexander continued the march of his men and called his generals together to formulate a strategy. One of his generals named Parmenio suggested that they should not try and cross the river right away because the Achaemenid forces generally consisted of cavalry and this could be beat another way. Parmenio came up with the strategy that the horses and men are separated at night and if their army was to storm the camp at night they would be able to overwhelm the men before they could mount a defense. Alexander did not agree with this plan however, and was confident his army could handle anything the Persians threw at them along the way.

Alexander was also going for an early sort of shock and awe policy that if he continued marching and building momentum his reputation would precede him and he may avoid many battles in the future if he crushed the first opposition with such ferocity.

What ensued was known as the Battle of the Granicus (334 BC) and is one of Alexander's most famous exploits against the Persian Empire. During this engagement Alexander was able to cross the Granicus river with his cavalry and soldiers and against all odds break through the Persian line. 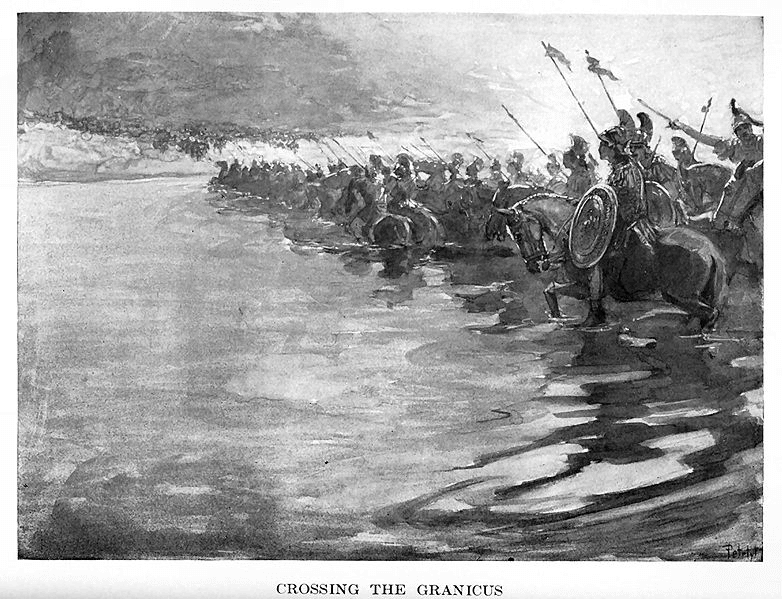 This caused the Persians to scatter in all directions and despite sustaining possible heavy losses, Alexander had won and established a massive foothold in Anatolia. His following campaign through Anatolia would see the peaceful surrender of nearly all the city-states, with some inner-conflicts as the Persian and Greek factions all competed in the power vacuum created by Alexander's victory. 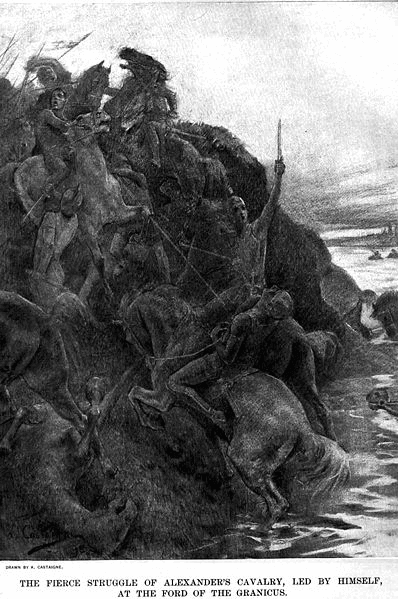 See Battle of the Uxian Defile

See Battle of the Persian Gate