Territorial Changes: Alexander wins Babylon, half of Persia and all parts of Mesopotamia not already under his control.

Next Battle: Battle of Uxian Defile

The Battle of Guagamela, also known as the Battle of Arbela was the decisive and final battle fought for control over the Achaemenid Empire between Alexander III the Great and Darius III on October 1st, 331 BCE. Following the loss at the Battle of Issus

The Battle of Gaugamela (/ˌɡɔːɡəˈmiːlə/; Greek: Γαυγάμηλα), also called the Battle of Arbela, was the decisive battle of Alexander the Great's invasion of the Persian Achaemenid Empire. In 331 BC Alexander's army of the Hellenic League met the Persian army of Darius III near Gaugamela, close to the modern city of Mosul in Iraq. Even though heavily outnumbered, Alexander emerged victorious due to his superior tactics and army. It was a decisive victory for the Hellenic League and led to the fall of the Achaemenid Empire.In November 333 BC, Darius III had lost the Battle of Issus resulting in the capture of his wife, his mother, and his two daughters, Stateira II and Drypetis. Darius had retreated to Babylon, where he regrouped the remaining army from the previous battle. The victory at Issus had given Alexander control of southern Asia Minor. Following a victory at the Siege of Tyre (332 BC) which lasted from January to July, Alexander controlled the Levant. After his victory at Gaza, Persian troop counts were low and the Persian satrap of Egypt, Mazaces, peacefully surrendered to Alexander.[6] 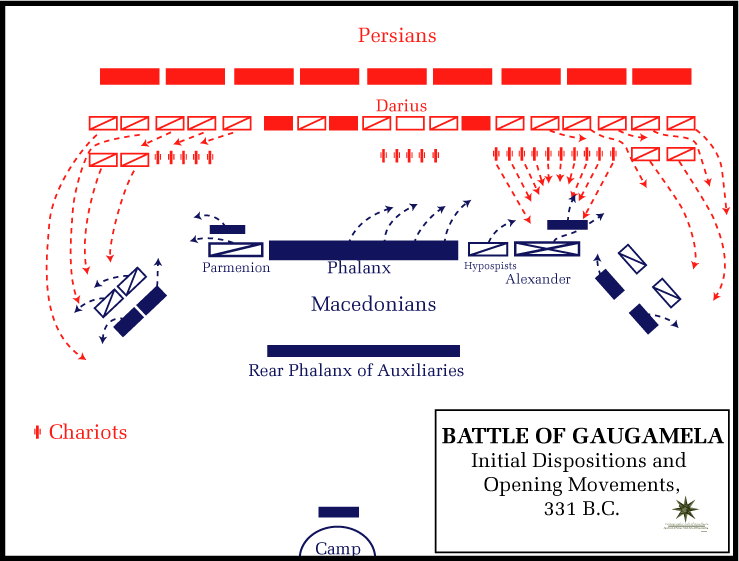 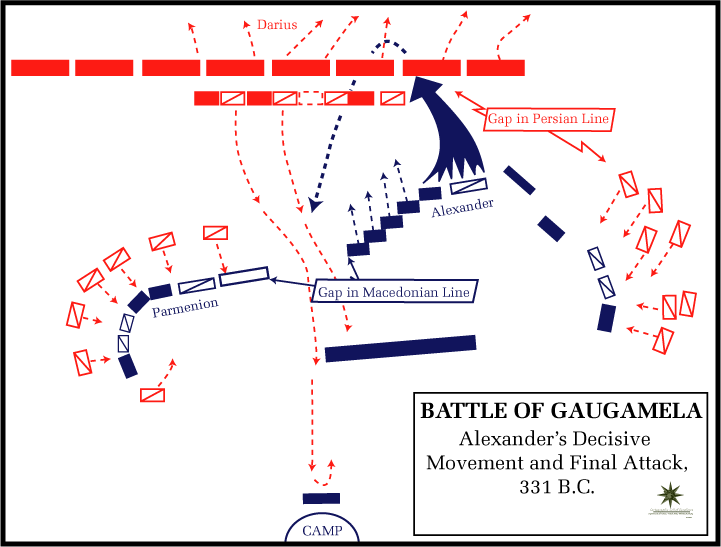