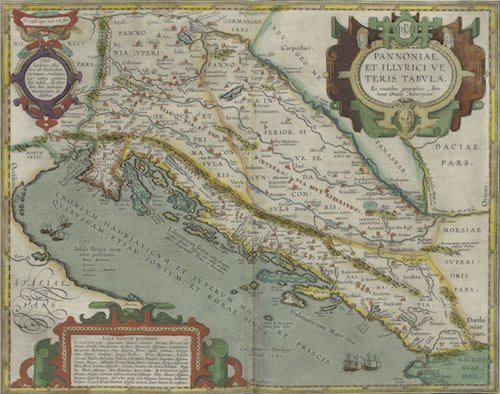 Next Battle: Battle of Thebes

The Siege of Pelium was a siege against the Illyrian city of Pelium during the Balkan Campaign of Alexander III the Great. The city of Pelium provided an important and strategic access route into Greece from Macedonian and would allow easily travel to the major cities of Thebes and Athens. One of the major conclusions of this battle was that Alexander established himself as the dominant monarch of the northern Danubian tribes and would allow him to soon bring the rest of Greece under his control.

Alexander would first hear about the Illyrian revolt while on campaign against other northern tribes his father Philip II of Macedon had attempted to subjugate earlier. This revolt was under the leadership of Cleitus the Dardanian and Glaucias of Taulanti, otherwise known as King Glaukias.News of the Illyrian revolt under Cleitus the Dardanian, and King Glaukias of the Taulanti first reached the ears of Alexander while he was campaigning on the Danube against some of the northern tribes that his father, Philip II of Macedon had previously reduced to a satisfactory level of subjection, although not outright submission. As this area had been far from the Greek theatre of operations, Phillip had been satisfied with the level of subjection he had reduced them to.Alexander was immediately concerned about the news of this revolt, as the settlement of Pelium itself occupied one of the most important passes between Illyria and Macedonia. As a result of this, Alexander would have to make a long march around a mountain range to the south, and then into Illyria. In addition to this, without access to this crucial pass, Alexander could be cut off from Greece, which had freshly revolted, and would eventually do so again, with aid of the Great King. The loss of this pass, and the resultant long march would give the Greek city states to the south ample time to prepare for Alexander's arrival while he was reducing the Illyrians.An ally of Alexander offered aid to him by protecting his flank from Illyrian tribes while he marched towards Pelium. Langarus, of the Agrianians, made frequent incursions into the country of the Autariatae, and managed to put them on guard sufficiently to allow Alexander to march by in relative peace. Having successfully made this march, Alexander arrived to find Cleitus the Dardanian in control of Pelium and awaiting the arrival of King Glaukias with reinforcements.[1] When Alexander arrived, Cleitus reportedly sacrificed three boys, three girls, and three black rams before meeting the Macedonians.[1]

Alexander arrived on the battlefield with 15,000 soldiers and attempted to attack Pelium right away. He wanted to capture the city before king Glaukis could reinforce Cleitus. The first thing the Macedonians did was set up their camp and prepared their supplies and weapons for the siege. However, the Macedonians also encountered significant resistance not only on the plateau where the city was but also the Plains of Pelium below.

One the Macedonians finished setting up their military camp they attempted to attack some of the soldiers in the heights which was somewhat successful. Following the first skirmishes the Illyrians retreated within the walls of Pelium. Following this Alexander would attempt to directly siege the town but would be ultimately unsuccessful. Next he would begin the construction of circumvallation and contravallation around the city but soon Glaukias would arrive with reinforcements and force Alexander to fall back from the heights.

After being forced back onto the Plains of Pelium the Macedonians soon found themselves outnumbered by the Illyrians who quickly took advantage of the situation to reinforce their position. Soon the Macedonians were running out of supplies so Alexander commissioned one of his lieutenants named Philotas to seek out supplies. King Glaukias saw the Macedonian scout force leaving and sent out to attack them. Alexander and the rest of the Macedonians were able to arrive in time and save the hypaspists, Agrianians and bowmen.

Seeking to seize his line of retreat before putting his shoulder to the siege, Alexander desired to attack the heights that commanded the defile through which he had come. This defile was small, and only four men could march through it abreast.[3] He therefore decided upon a singular method of attack. He drew up some of his infantry and cavalry in front of the settlement of Pelium itself to defend this maneuver from being attacked by a sortie from Cleitus.[4] He then drew up his phalanx, one hundred and twenty men deep[4] and started to drill his soldiers in the plain below the heights. Alexander marched them towards the heights where King Glaukus troops were stationed, who were watching his troops drill below them with surprise. Suddenly, Alexander drilled his phalanx into a wedge and charged them up the heights, forcing the shocked Illyrian troops to retreat.[4] During this engagement, not a single Macedonian armored soldier was killed.[5] However, deaths among light troops were usually not reported, and it is unknown whether any were killed in this instance.[5]However, there were still some Illyrian light infantry on the heights that commanded the ford, and it was critical for Alexander to seize these heights in order to control of the entire plain. Before engaging in battle, Alexander decided to re-establish his camp on the far side of the river near the ford, in order to ensure the security of both his operations and his camp. However, in the process of doing so he ran the danger of being taken in the rear while his troops were crossing the river, and the Illyrians attacked him, perceiving his army to be retreating. So he ordered his troops to turn around to simulate an advance, while initiating a charge with his companion cavalry. Meanwhile, he also ordered his archers to turn around and fire their arrows from mid stream.[6] Having gained a place of safety on the far side of the river, Alexander was able to freely supply his army and await reinforcements. Before reinforcements arrived, however, Alexander's scouts reported that they observed that the Illyrians were becoming careless about protecting the settlement, as they perceived that Alexander was in retreat.[5]Acting on this intelligence, Alexander awaited the arrival of night, and then rushed ahead without awaiting the crossing of his complete force, leading his shield-bearing guards, the Agrianians, archers and the brigade of Coenus as the leading unit. He then rushed down upon the defenders with his Agrianians and archers, who were formed in phalanx formation. Many of the Illyrians were still asleep, and were taken completely by surprise. A slaughter followed, many of the Illyrians were captured.[7]

Following the successful completion of the siege Alexander would control the territory, although he would have to rebuild the settlement since the Illyrians burnt the one previously there. The Illyrians would eventually sue Alexander for peace and he gladly accepted their surrender and submission to Macedon. From here he was free to march south to Boeotia and conquer the city-states of Thebes and Athens.